Dancing In The Moonlight – It’s A Fine And Natural Sight 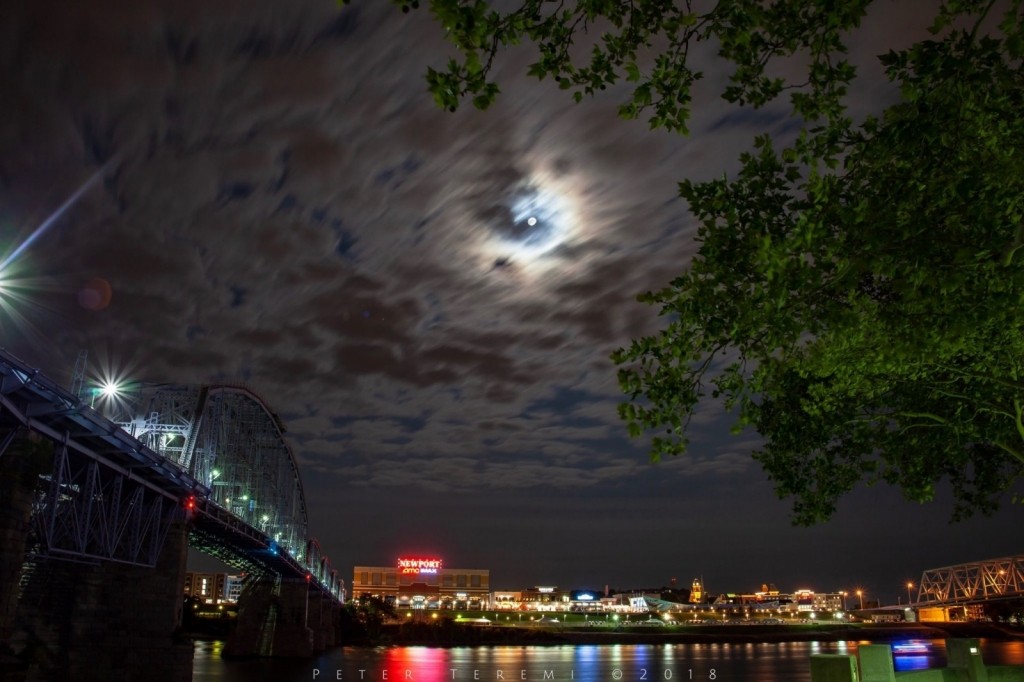 Dancing In The Moonlight – A Supernatural Delight

On July 27th 2018, in what was deemed the longest lunar eclipse of the 21st century, Murphy and I were Dancing In The Moonlight. And although, it was surely a fine and natural sight, we could not see the eclipse from our vantage point in the mid-western section of the United States. It was, however, a gorgeous full moon and we managed to capture a few snaps of Yeatman’s Cove Park bathed in moonlight.

The image below shows off an interesting architectural element of the bridge that resides on the Cincinnati side of the Ohio River. With the light cloud cover, it took a little patients to catch the moon between waves of cumulus, but they add texture to the shot.

Dancing In The Moonlight, the King Harvest track referenced in the title, is a longtime favorite, and was rolling around my head as we were wondering through the park chasing the light. Well, I was chasing the light, Murphy was more interested in chasing squirrels. Please enjoy these and share your thoughts. Wishing you all the best from Murphy-Cam!