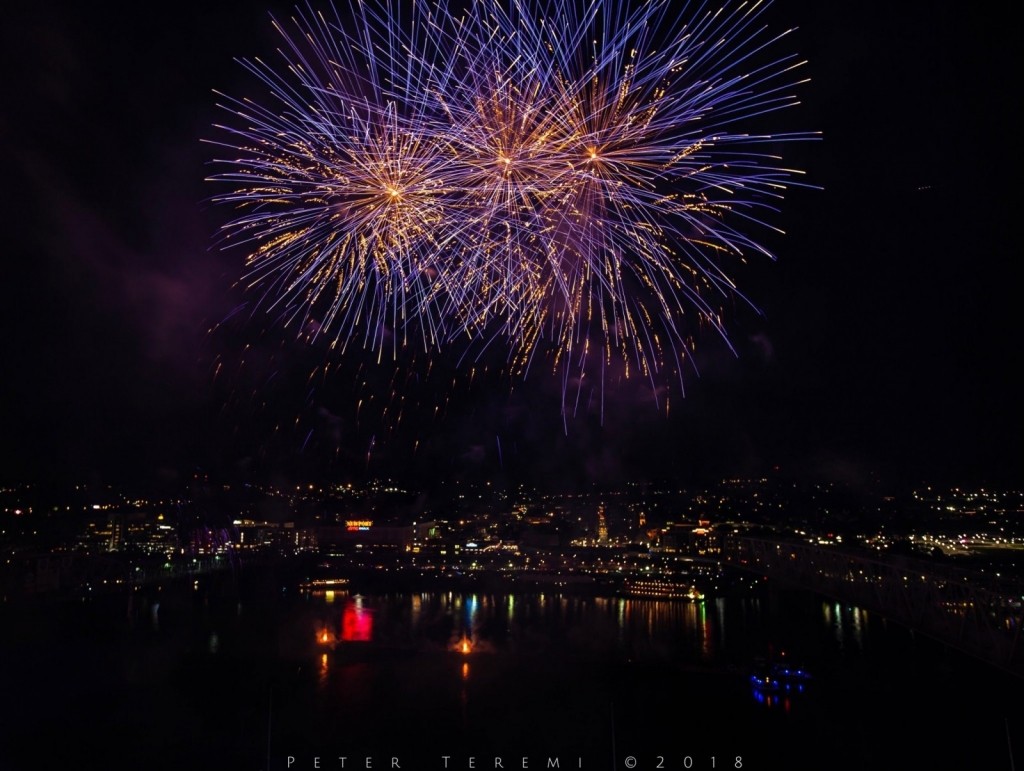 There’s no better way to send the summer off with a bang, than to enjoy the WEBN Fireworks. WEBN and I go back a long way. 51 years to be exact. The radio station, founded by Frank Wood, went on the air in Cincinnati, in 1967, the weekend I was born. Although it was an album oriented rock format station, I was first exposed to classical music through its Sunday morning classical programming, hosted by Frank senior. Not your typical road to Classical appreciation, but looking back over a life well lived, I have frequently taken the one less traveled by, and it really has made all the difference.

Star Wars was released May 25th 1977. The Space Shuttle Enterprise makes its maiden voyage. The WEBN radio station  kicked off its first annual WEBN fireworks display celebrating its, and my, 10 years of existence. In the early days I recall walking down to the Roebling Suspension Bridge with my friends, sitting with our legs dangling through the rails to watch, with jaws agape, the pyrotechnic wizardry set before us. You could not get away with that today, but we were all a lot younger then. I suppose that falls under the “can’t believe I survived” list of crazy stuff we did before helicopter parents, cell phones, and social media. With that little tidbit of my childhood history, I will leave you with a sampling of photographs from this years pièces de résistance, one of the finest displays I can recall. Poor Murphy spent the fireworks in the bath tub this year. Not sure why he felt that was the safest location to hide from the big boom boom, but he has recovered well. Wishing all you Murphy-Cam’ers a peaceful Labor Day Weekend, from The Murphy-Cam Project!

Moving The Barge Into Place

Vegas All The Way