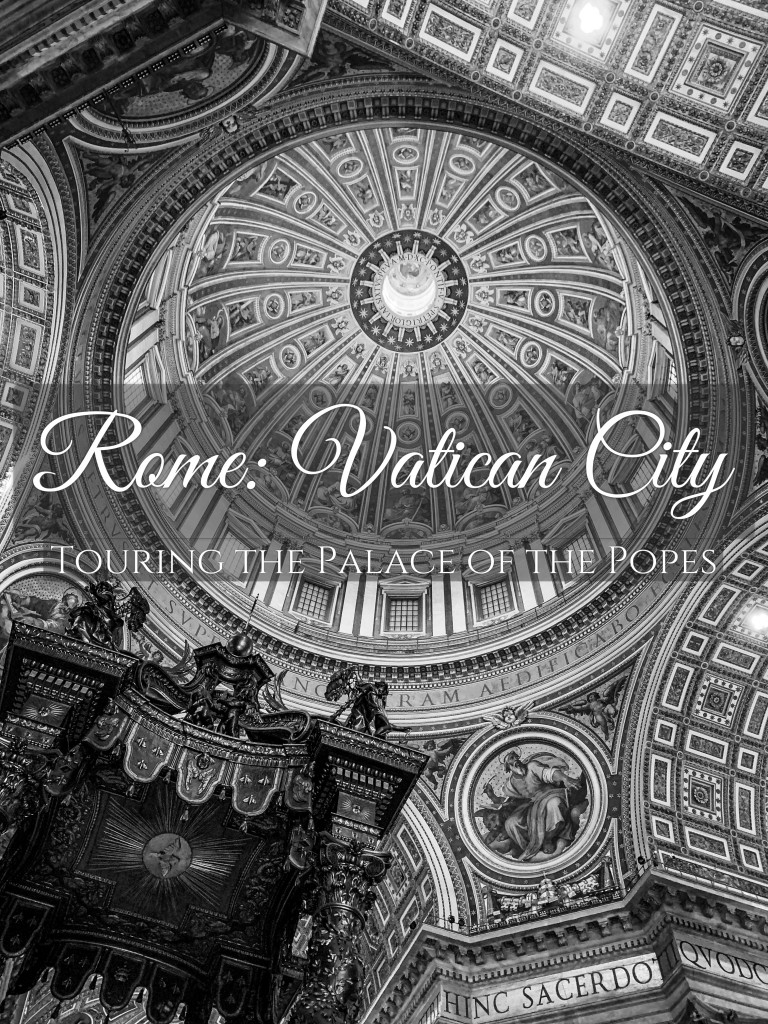 We spent our second full day in Rome Touring Vatican City – The Palace of the Popes. Let me say first off that there is only one way to tour The Vatican, The Early Access Tour! We booked this through What A Life Tours, the same group we used for the Colosseum Tour. It was just a few euros more than the standard tour, and we entered one hour before the Vatican opened to the public. We skipped the lines that were forming for blocks through St Peters Square, and began exploring the Vatican almost by ourselves. Elaine, our guide, was entertaining, energetic, and kept things moving and us out of trouble with the Swiss Guard. She was a wealth of knowledge providing a smooth, enjoyable, and educational experience.

We started with the Vatican Museum, housing artifacts from antiquity all the way through to modern art. The beauty of the frescoes, tapestries, paintings, and sculptures were only outshone by the vastness of the collections. Similar to my experience at The Louvre in Paris, it was difficult to absorb the richness and diversity of the collections on display.

It is difficult to describe and must be seen to comprehend. I have read about, seen photography of, and received a tutorial from Elaine, prior to entering the Sistine Chapel. None of that prepared me for this experience. Photography is forbidden in this space, though some cheeky folks tried to slip one over on the Vatican Police, I didn’t see the point. I could not publish them without providing evidence I had broken Vatican law, and anyway, it was good to put down my technology, live in the moment and enjoy this special place. We exited through the VIP entrance which I captured as we made our retreat.

The Basilica of St. Peter is built on an unimaginable scale. In addition to being a place of worship, it is also a museum, and place of burial for many historic figures, most notably, the man for whom it is named. St Peter’s Baldachin is a canopy erected over St. Peter’s place of burial and is a sight to behold.

One of the largest squares in the world, St. Peter’s Square was constructed by Bernini around an obelisk moved from Egypt and erected in 1586. Construction was carried out by Bernini between 1656 and 1667. I have seen it through television news reports and in movies but it is hard to get your head around a plaza that can hold over 300,000 people. It is situated at the steps of St. Peter’s Basilica and contains two marble fountains, and 140 statues.

I will leave you with a few images of our escapades through the Vatican and hope you might have the opportunity to travel to this incredible part of the world.

Wishing you all the best